The short-term and long-term strength of PVC materials is much higher than the PE materials. This thing is considered while choosing the PVC pipe production line.

Both theory and practical experience show that the MRS and safety factor of PVC is much higher than PE. The strength and safety of long-term use are higher than PE. Therefore, the same thickness of 75mm pipe, PVC material is much thinner than that of PE pipe. This is because the strength of PE material at room temperature and long-term strength is not as high as PVC. Also, the strength can only be increased by increasing the wall thickness. If the same wall thickness is adopted, the PE pipe cannot reach the required strength. If the same pipe diameter is taken, the PVC pipe can have a larger water delivery diameter than the PE pipe.

Conversely, to achieve the same water delivery volume, a PE pipe with a larger diameter is required, and its engineering cost is significantly increased. It shows that the higher strength and rigidity of PVC materials are economical and economical to use as water supply pipelines. The manufacturers focus on these things while preparing the PE pipe production line. 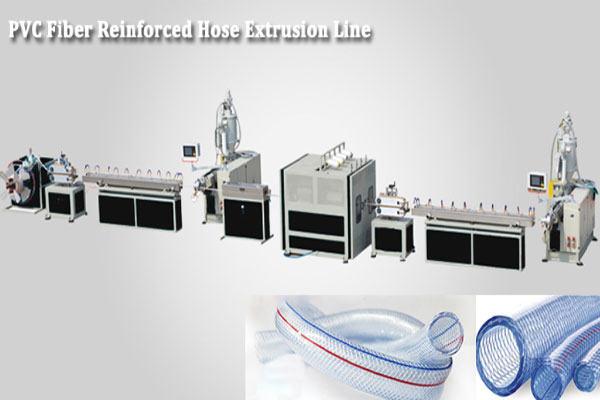 Polyvinyl chloride (PVC) is a polar macromolecule, which is more stable than the monomer vinyl chloride (PE) and some small molecules. So, it is less susceptible to environmental influences. On the other hand, the emergence of polymers such as cross-linked vinyl chloride will now improve in this regard.

The plastic pipes used in China's water supply network are mainly PVC pipes. PE pipes are applied relatively late and relatively few. In the past ten years, with the creation and application of PE pipes in the European water supply industry, PE pipes have only begun to attract attention. PVC is increasingly under pressure from environmental protection. Whether the content of lead and cadmium in PVC pipes exceeds the standard, these have caused more and more attention to PE pipes. The plastic pipe production line manufacturers focus on this development overview. For that reason, they produce such machines that can deal with the needs and wants of the companies.

WE CAN HELP YOU!